No items found.
Go to store
Product is not available in this quantity.
Pre Order Now
More is on the way
Sign up for early access to new products and events
Thank you! Your submission has been received!
Oops! Something went wrong while submitting the form.

Metal-loud headphones with 2 frequency ranges and 4 drivers so you can listen to metal the way it’s meant to be heard. 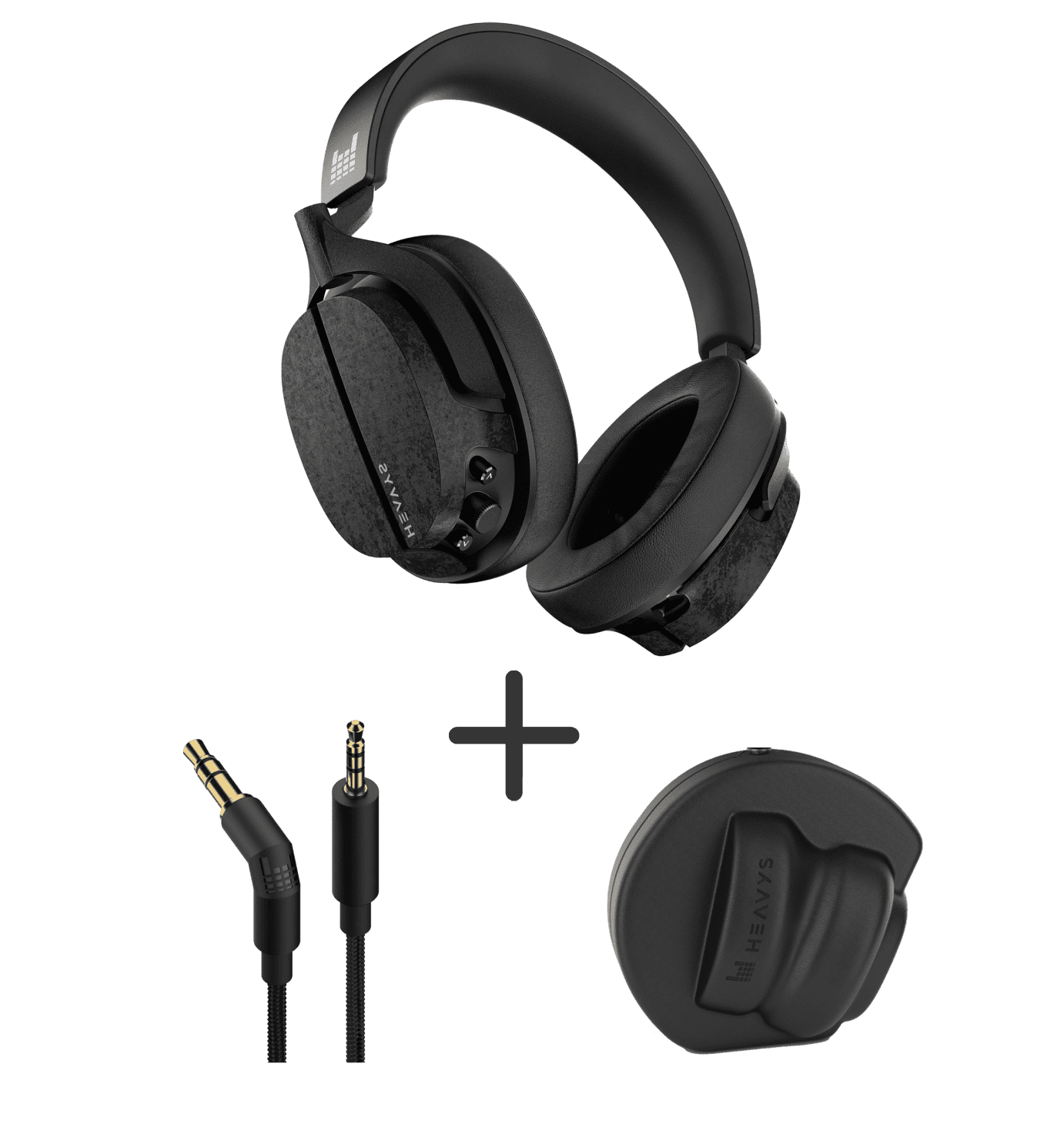 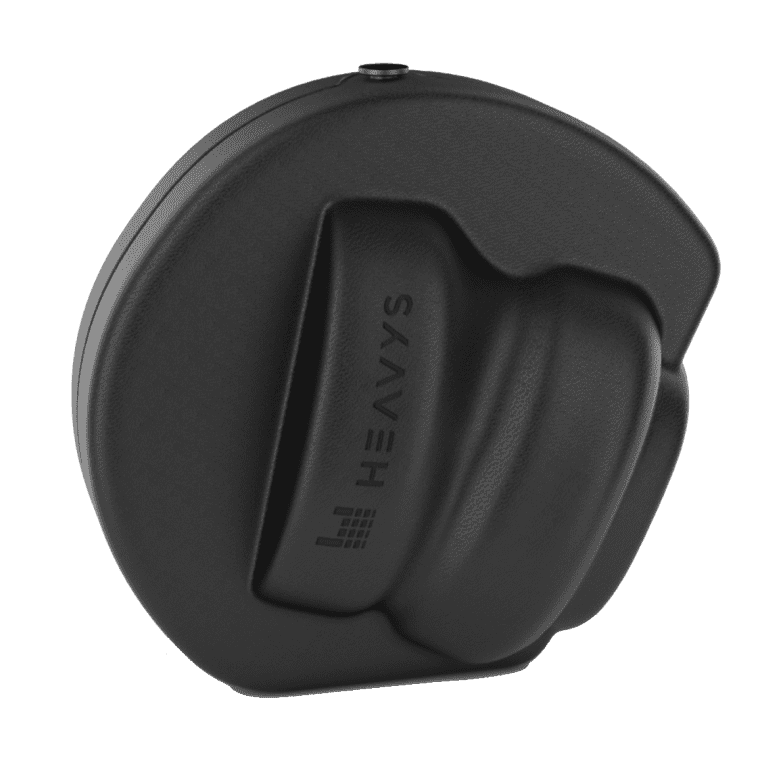 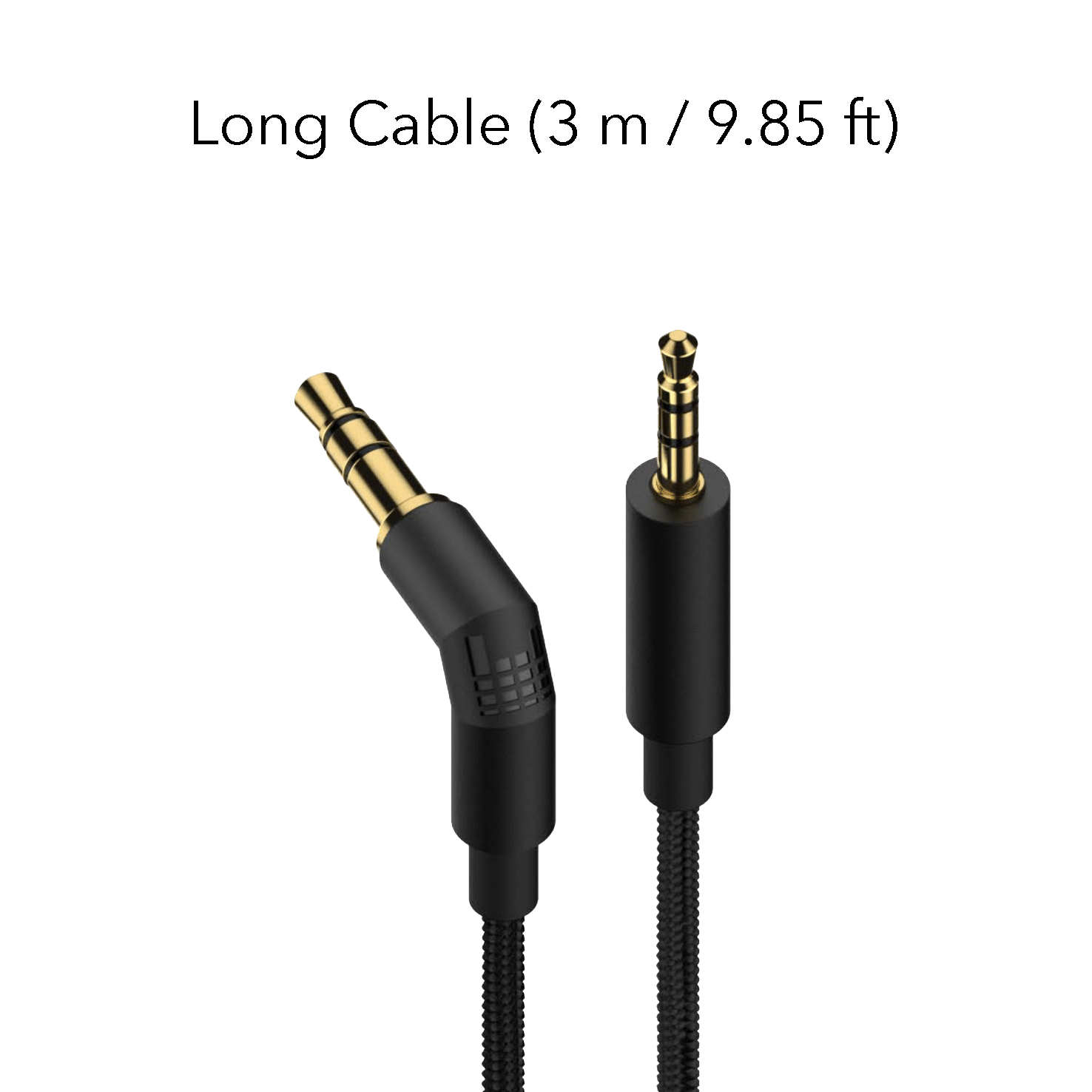 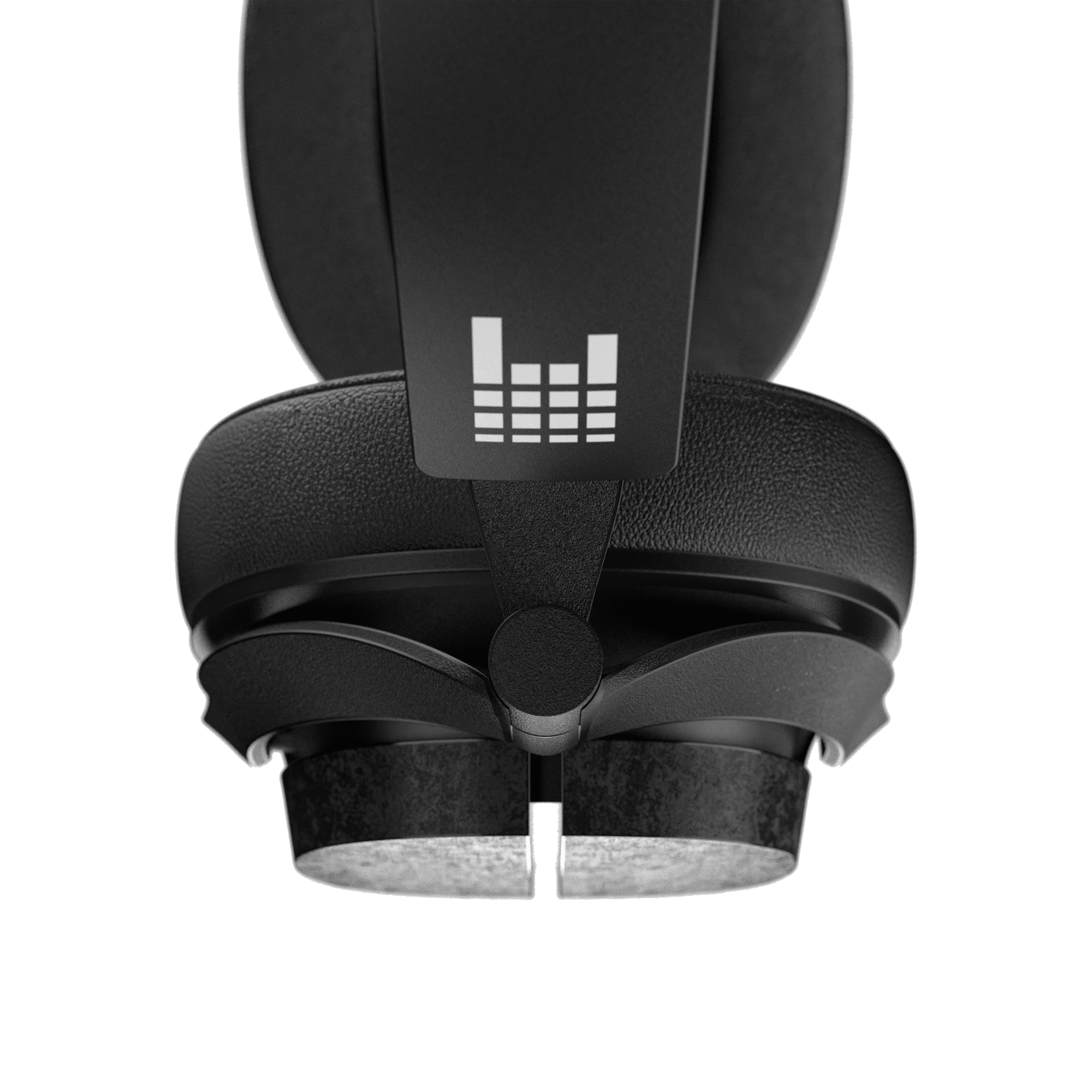 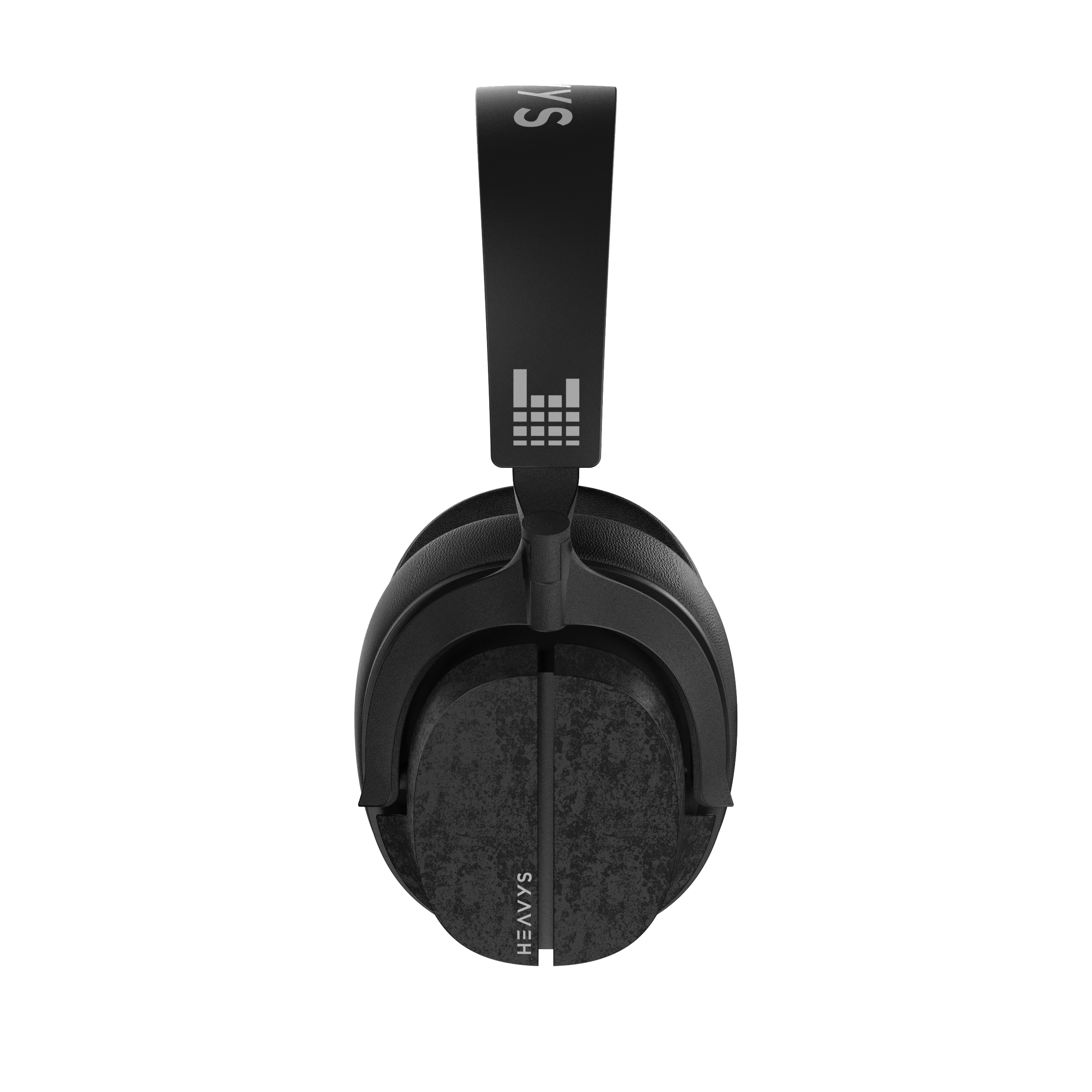 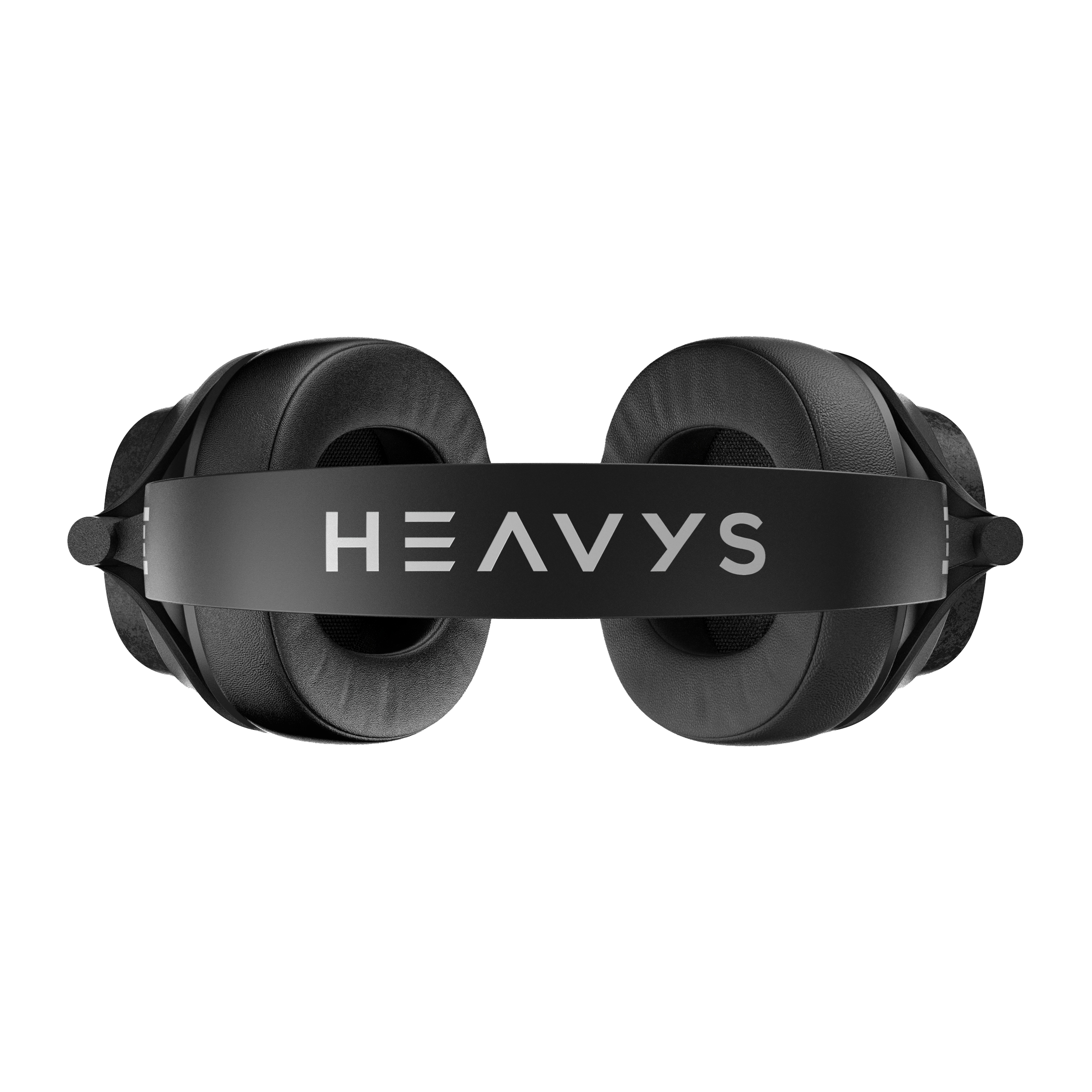 $ 219.00
$ 303.00
This product is out of stock.
Product is not available in this quantity.
Engineered by Industry Veteran Axel Grell
Considered the godfather of modern headphone technology, Axel honed his craft for over 30 years as Sennheiser’s chief engineer where he was responsible for the design and development of the HD and Audiophile headphone series. 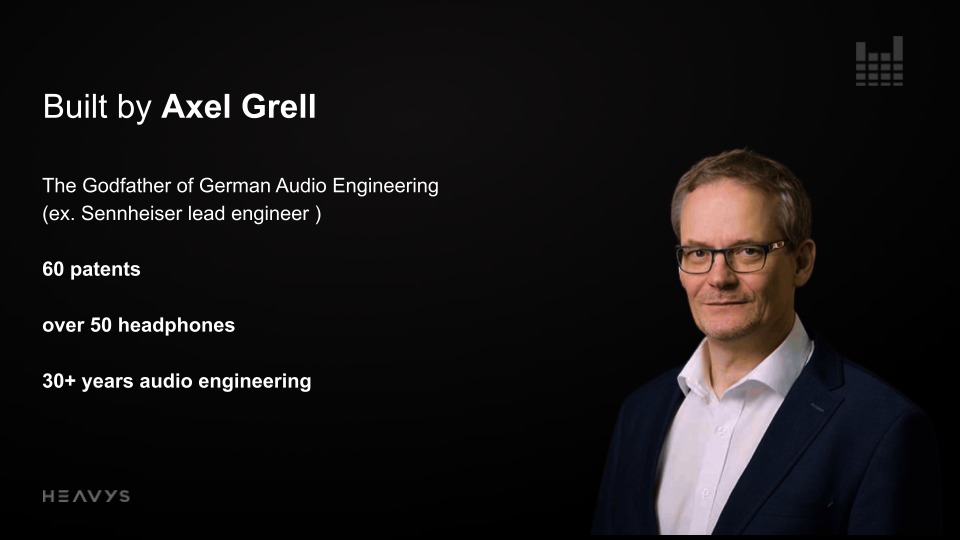 Overview of What Makes HEAVYS Better

Patent-pending tech enables the headphones to reach higher volume, with a SPL dosimeter gauge that protects the eardrum

A team of enthusiastic metal heads, engineered and led by Axel Grell, father of the HD series, with over 3 decades in the audio industry

Overview of What Makes HEAVYS Better

LOUDNESS TECH
Patent-pending tech enables the headphones to reach higher volume, with a SPL dosimeter gauge that protects the eardrum

THE MASTERMIND
A team of enthusiastic metal heads, engineered and led by Axel Grell, father of the HD series, with over 3 decades in the audio industry

Over 10,000 metalheads already ordered a pair
Check us out on Kikstarter
Subscribe now to get notified on special early bird opportunities
Thank you! Your submission has been received!
Oops! Something went wrong while submitting the form.
By subscribing you are not committing to anything but rather getting a heads up. Further explanation will be provided and you may always unsubscribe.
How HEAVYS Compares

MOST OTHER HEADPHONES
Drivers per side
8 drivers (4 on each side)
2 drivers (1 on each side)
Driver types
Subwoofer for lower frequencies
‍Tweeter for higher frequencies
One type for all frequencies rangers
Tweeters location
In FRONT of the ear
(Natural ear canal positioning)
On the SIDE of the ear
Hearing Loss Protection
Psychoacoustics patented technology  keeps the volume high without  pressure damaging the ears
Lowering the volume
Earing fatigue protection
Dosimeter protection
None
Maximum volume
As loud as you want
Varies
Price
Pre-Order $189 (Retail price $249)
$500 and more for similar quality
Battery
50 Hours without ANC
40 Hours without ANC
Active Noise Cancellation
Yes
Yes
Meet HEAVYS Flesh
No more executive directors deciding for you what to wear
Coming soon!
Get notified when the Flesh are released
Thank you! Your submission has been received!
Oops! Something went wrong while submitting the form.
What top industry professionals have to say...

Ross The Boss - Manowar & The Dictators
Ross the Boss, is a guitarist, known as a founding member of both the NYC influential punk band The Dictators, and the heavy metal band Manowar. He co-founded two genre-defining bands and still writes and records new music. He has a new album coming out soon and is an active touring musician with a tour coming up with shows all over Europe and US tour also planned.

Ronald Prent - Grammy-Nominated Producer & Engineer
Ronald Prent is at the forefront of immersive audio production, mixing new albums in 5.1, Dolby Atmos, Sony 360 Reality Audio, and Auro-3D at his studio in upstate New York. Prent has long been a strong advocate for an immersive music, going way back to the launch of the Super Audio CD format nearly two decades ago.

Charlie Bauerfeind - Sound Engineer & Producer
Charlie Bauerfeind is a German sound engineer and producer who has worked with power metal bands such as Angra, Blind Guardian, Helloween, Primal Fear, Rage, HammerFall, and Saxon. Charlie worked on the latest HELLOWEEN LP which was produced by him and Dennis Ward. Upon its release last June, "Helloween" landed in the Top 10 in more than 10 countries, including Germany, Spain, Finland, Sweden, Switzerland, and Austria.

Tim Singer & Jeff Tirabassi - Bitter Branches
Bitter Branches is: Tim Singer (Deadguy, Kiss It Goodbye, No Escape), guitarists Matt Ryan (Calvary) and Kevin Sommerville (Lighten Up!) along with drummer Jeff Tirabassi (Walleye) and recently added for live shows, the inimitable talents of Dan Yemin (Lifetime, Kid Dynamite, Paint It Black) The group continues to push the boundaries of their genre to give the listener something special - an exploration of the musical pedigree the groups legendary lineup has honed throughout years of touring and recording.

Zach & Casey
We had the pleasure of meeting Zach and his wife Casey down at the hotel bar in Pittsburgh the night before the @metaltouroftheyear at Petersen Events Center. We overheard them talking metal and about the band they are in together so obviously, we got to talking. It's amazing how heavy music brings people together! We became fast friends sharing stories of shows from the past, shows we are looking forward to in the future and we got down in the pit together at the show the next day!

Heavys HighEnd Munich
We are having a blast here at @highendsociety_de in Munich! The amount of technology and talent behind all of the products here is next level! Big thanks to everyone who stopped by to give a listen!

Derrick Green - Sepultura
We recently sat down with Derrick Green of the mighty Sepultura before they destroyed at Irving Plaza here in New York City to talk about Heavys and have him give our headphones a listen!
Inactive-State
Active State
Featured On

Heavys is a team of metalheads, engineers and sound freaks who have all come together to create the world's first heavy metal headphones

... With sound waves coming from different directions to simulate a natural front-oriented sound field – as if you're watching your favorite band from the crowd

When will I get my Heavys Headphones

The Heavys are set to begin shipping  in December 2022.Please note that this is an estimate, as you're pre-ordering the product and production delays could arise.

What’s in the box?

With your purchase, you will get a tech packed brand new pair of Heavys black headphones. The headphones arrive with a dual purpose USB-C cable that can be used for both charging and wired mode listening.

If you want to listen in wired mode through an AUX connection, you can purchase AUX cables as add-ons. Heavys offers 2 lengths of 3.5 mm AUX cables: normal length 1.3 meters (~4.25 ft) or extra long 3 meters (~9.85 ft)
We are working on cool new add-ons and promise to update them.

Are Heavys wired or wireless?

You can use and listen to Heavys both wired and wireless. Heavys supports 5.1 BLE Bluetooth, wired in through USB-C or AUX 3.5mm

What cables are included and what cables can we purchase as add-ons?

We ship Worldwide. As for taxes, every country has its own taxes and procedures. You are responsible to pay any taxes or specific country duties, if applicable, in your country or state as with any other consumer electronic good ordered online.

Will the ear pads be replaceable?

We plan to have the ear pads replaceable. You will be able to order them from us and replace them by yourself. The head pad is planned to be replaceable as well but for that, you’ll need to ship the headphones to us.

How will Heavys sound when listening to other music genres?

Heavys headphones are designed to be great headphones at an affordable price. They pack a strong spec and technological innovation that helps create a great all-around set of headphones. Because we wanted to solve this for metal music, the features are more geared towards that (like the loudness enhancement w/o hearing damage) but that does not mean you will not have an awesome listening experience in other musical environments.

Do you have more questions?

Email growl@heavys.com for any additional questions!

$ 219.00
$ 303.00
This product is out of stock.
Product is not available in this quantity.
Subscribe now to get notified on special early bird opportunities
Thank you! Your submission has been received!
Oops! Something went wrong while submitting the form.
By subscribing you are not committing to anything but rather getting a heads up. Further explanation will be provided and you may always unsubscribe.